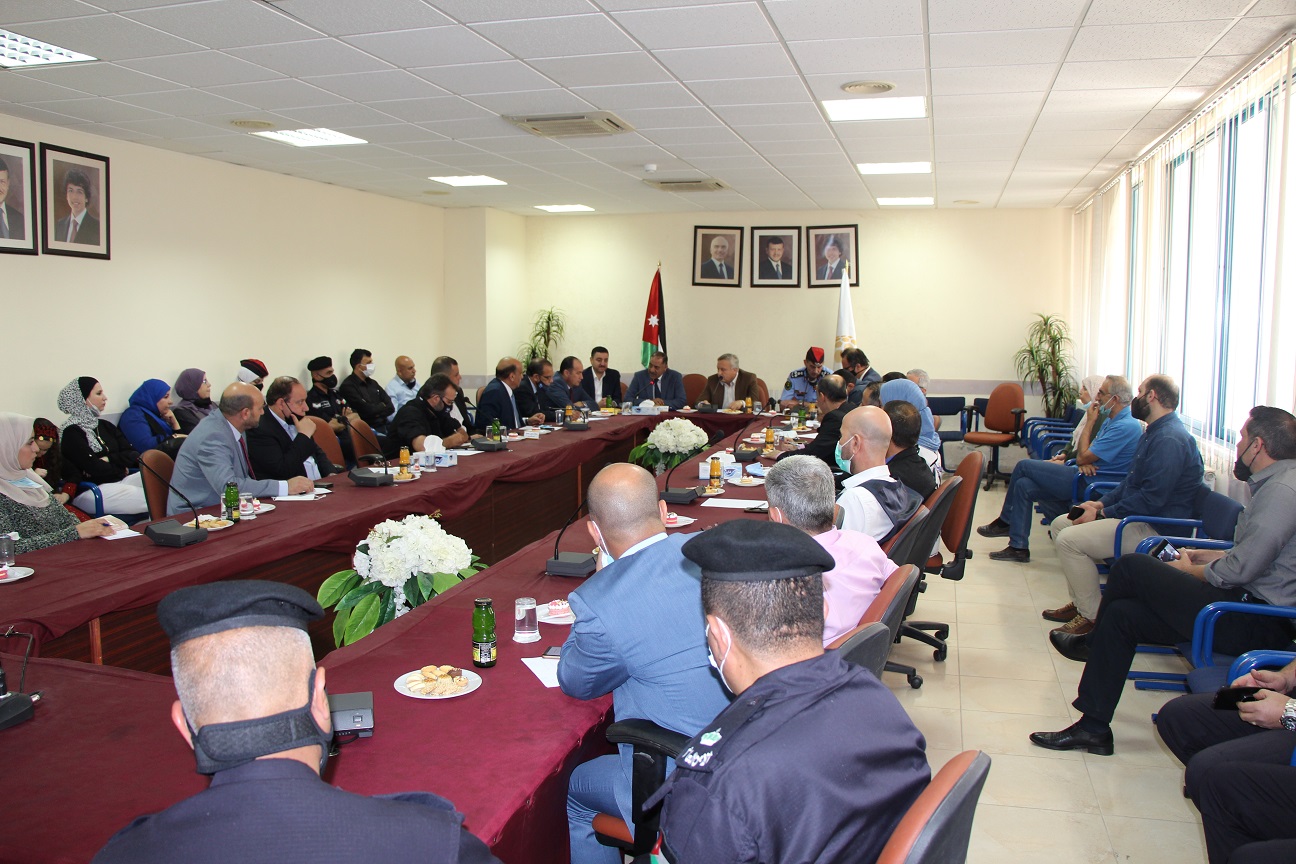 The Minister of Environment, Nabil Massarweh, praised the investment environment formed by Al-Hassan Industrial Estate and its great contributions to advancing the economic development process, as it includes the largest number of industrial investments in the north of the Kingdom.

And the minister indicated that he asked the specialists in the industrial estates to prepare a matrix of procedures and requests for investors from the Ministry of Environment to be studied in coordination with the Investment Authority and a number of competent authorities to ease procedures on industrial investments and simplify the requirements of environmental procedures, stressing the Ministry's pivotal role in that.

For his part, the Director General of the Jordan Industrial Estates Company, Omar Jweaed, welcomed the steps taken by the Ministry of Environment to facilitate industrial investors in the new industrial estates (Madaba, Tafilah, and Salt) by exempting medium-sized projects with limited environmental impact from environmental approvals, which would ease procedures and speed up work.

Jweaed referred to the procedures followed in Al-Hassan Industrial Estate, which the Industrial Estates Company was keen to pay attention to the environment and ecological balance within the estates, through the establishment of the Directorate of Environmental Control to oversee the performance of the environmental departments, laboratory departments and water treatment in the industrial estates and to preserve the environment from all forms of pollution, in addition to conclude agreements with specialized companies (agricultural and cleaning) and remove solid waste by providing specialized containers and transporting them to places prepared for this, such as the Al-Ekaider landfill, indicating that the purification plant for Al-Hassan Industrial Estate plays its role to the fullest, as the water leaving it is used for restricted agriculture in addition to monitoring Water coming out of factories and obligating any factory to correct violations in the event of any violations of the sanitary conditions in force within the company.

In addition, the head of the Irbid Chamber of Industry, Hani Abu Hassan, said that this meeting reveals weaknesses and simplifies the powers granted to facilitate the work of industrial investments in a way that meets the ambition of the Jordanian state in its centenary, noting that all investors are with procedures and environmental control to ensure the sustainability of the work of industrial investments, welcome forms of partnership. All between the public and private sectors to meet the aspirations of the industrial sector.

The minister and the attendees listened to the comments and inquiries of industrial investors, which will be followed up with those concerned. The minister also visited a purification plant established by one of the companies investing in the Estate, and its daily capaEstate reaches 2000 m3 of wastewater, which contributes to alleviating environmental problems in the Estate.