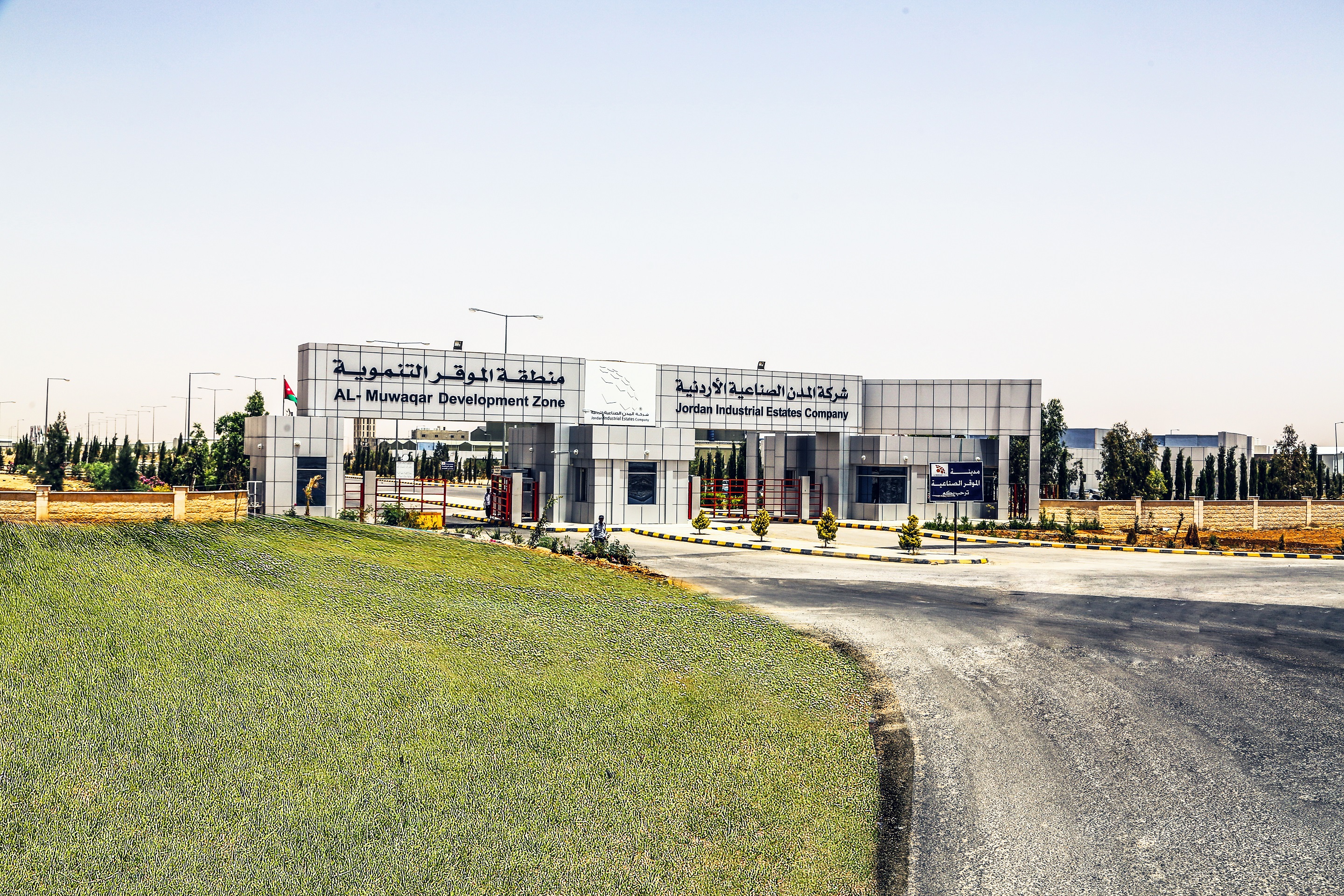 Al-Mowaqar Industrial Estate was the destination of one of the biggest investments coming from Singapore to the Middle East and landed its passengers in the estate, where Al- Mowaqar Industrial Estate was the best and most successful option in the Middle East and the Arab region to establish a branch factory production specialized in the clothing industry, one of the most famous brands Its products are exported to the American market.

Many Syrian investors who launched branches of their industrial companies or transferred them completely from Syria to various Arab countries did not hesitate to reach Al- Mowaqar Industrial Estate and benefit from the incentives granted to their investments. Major investors in the Estate who export their products to local, Arab and international markets.

Al-Mowaqar Industrial Estate, located east of the capital Amman today, and after 7 years of its inauguration started to compete with other existing industrial estates, but exceeded by the number of investments and job opportunities it offers, in addition to its developmental role in promoting Jordanian exports to various Arab and international markets. (93) Industrial companies until the end of 2017 working in various industrial fields, the volume of investment reached (471) million Jordanian dinars and provided nearly 3 thousand jobs, while exports amounted to 65 million JD.

Investors in the estate stressed the efficiency of the investment environment in the estate despite its modernity, considering it a summary of the experience of the Jordan Industrial Estates Company in the field of establishing industrial estates and design in terms of planning, design and sectoral distribution of industries and most of all the nature of incentives and privileges granted to investors in the industrial estate, which encouraged the demand for Investing in and benefiting from them.

Jordanian investor Abdullah Shawabkeh, General Manager of Tiba Metal Industries Company, one of the first investors in the estate and started the preparation phase for his factory in conjunction with the construction of infrastructure in the estate, the story of his investment, said: We started our first factory in 2011, thus becoming the first company operating in this estate, adding that the company was able during a record period to achieve the highest production rates compared to those of other companies and iron factories in Jordan, to be a clear fingertip of a high quality product conforming to the international specifications, and the needs of consumers, expressing his happiness with the achievements of the company and provided job opportunities for Jordanians.

Technical International Company for Metallurgical Industries, which has become one of the top 5 regional companies in the field of metallurgical industries. Investors, banks, workers' dormitories, and more that show the estate its most modern and stimulating forms of investment.