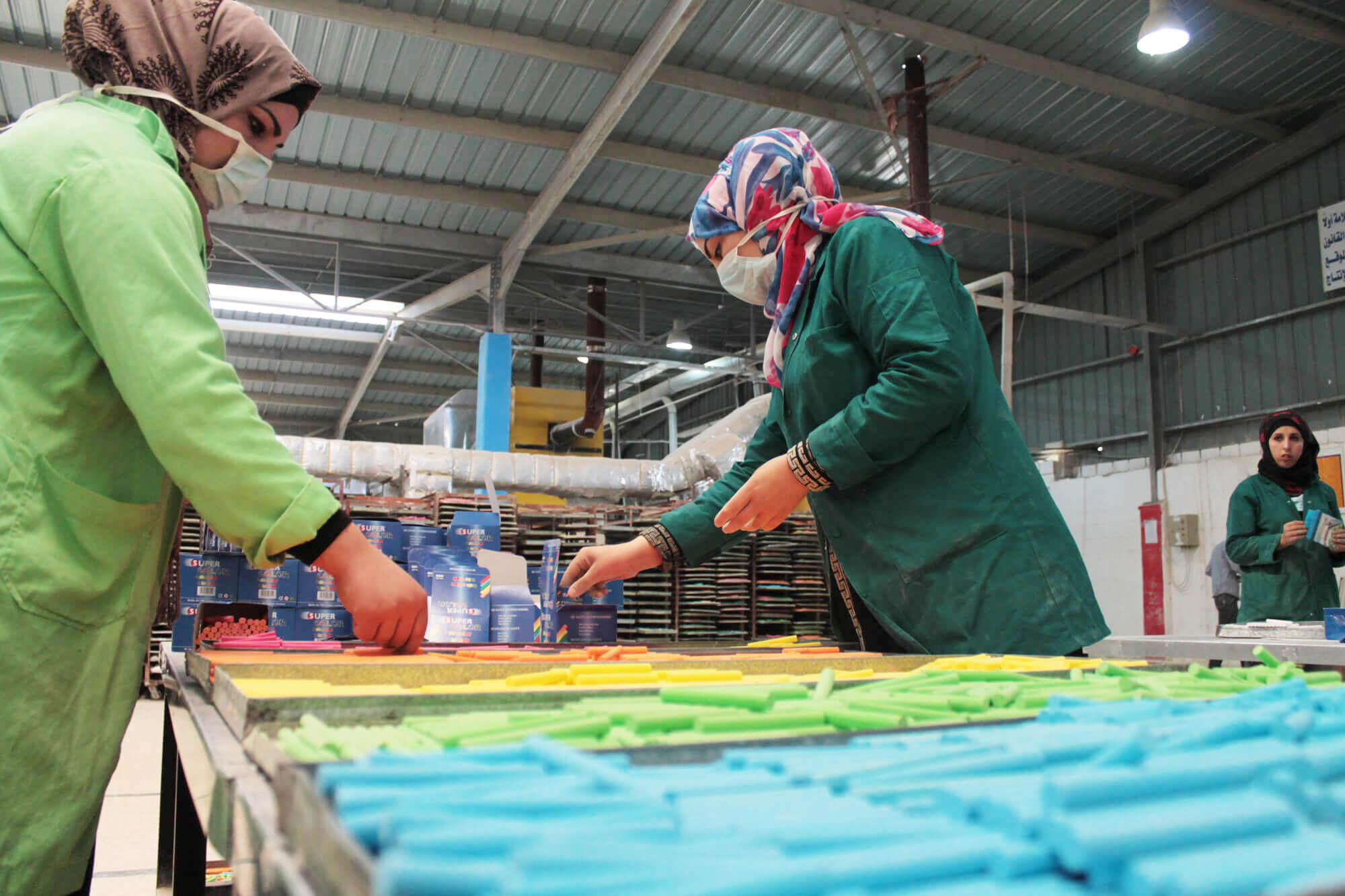 Almost 120 young man and woman from Karak governorate were able to realize their hopes of obtaining decent job opportunities through their work in the Jordanian chalk factory in the industrial estate of Karak (Al-Hussein Bin Abdullah II Industrial Estate).

The factory, which began production in the Estate during the year 2012 and exports to more than 120 countries from around the world and managed itself in the list of global manufacturers of chalk material regarding to the quality of production and outstanding specifications.

The factory, which was inaugurated by His Majesty King Abdullah II Ibn Al-Hussein in 2012, is considered a Jordanian success story led by a Jordanian engineer armed with knowledge, will and patience to achieve his ambition. Engineer Salah Al-Oqbi decided to study the raw materials that included to chalk industry in conjunction with the reluctance of 3 Jordanian companies to manufacture chalk. The thing pushed him to find out the reasons and  enter the competition in this field of industry and realize the dream that he saw the light after six years, specifically in 2002, thus making the road to this industry determined to manufacture and produce with high Jordanian quality and competing in the international market , though he started experiments which reached  more than 2000 experiments between 2002 and 2006, which enabled him manufacturing the medical chalk industry.

Because the ambition has no limits, the owner of the factory Engineer Salah Al-Oqbi, who said: I Participated in one of the exhibitions held in Germany, through which I was able to gain international confidence in this product Jordanian-made and quality and began by signing several contracts and start exporting for more than Today, the factory produces more than 200 containers, equivalent to 4 million chalk packs.

"Al Hussein bin Abdullah II Industrial Estate in Karak was the first destination for me to expand his production and inaugurate the main factory and move on to the production wheel inside this estate which provides all the reasons for success to any industrial investment that wishes to benefit from the incentives and exemptions granted within it as an industrial development zone," he added. "The estate is characterized by its geographical location near the port of Aqaba and the international roads leading to Saudi Arabia in addition to the excellent infrastructure services, which enabled me to start from the estate and expand my work in the factory, which offered many job opportunities which have reached more than 120 job opportunities to date.