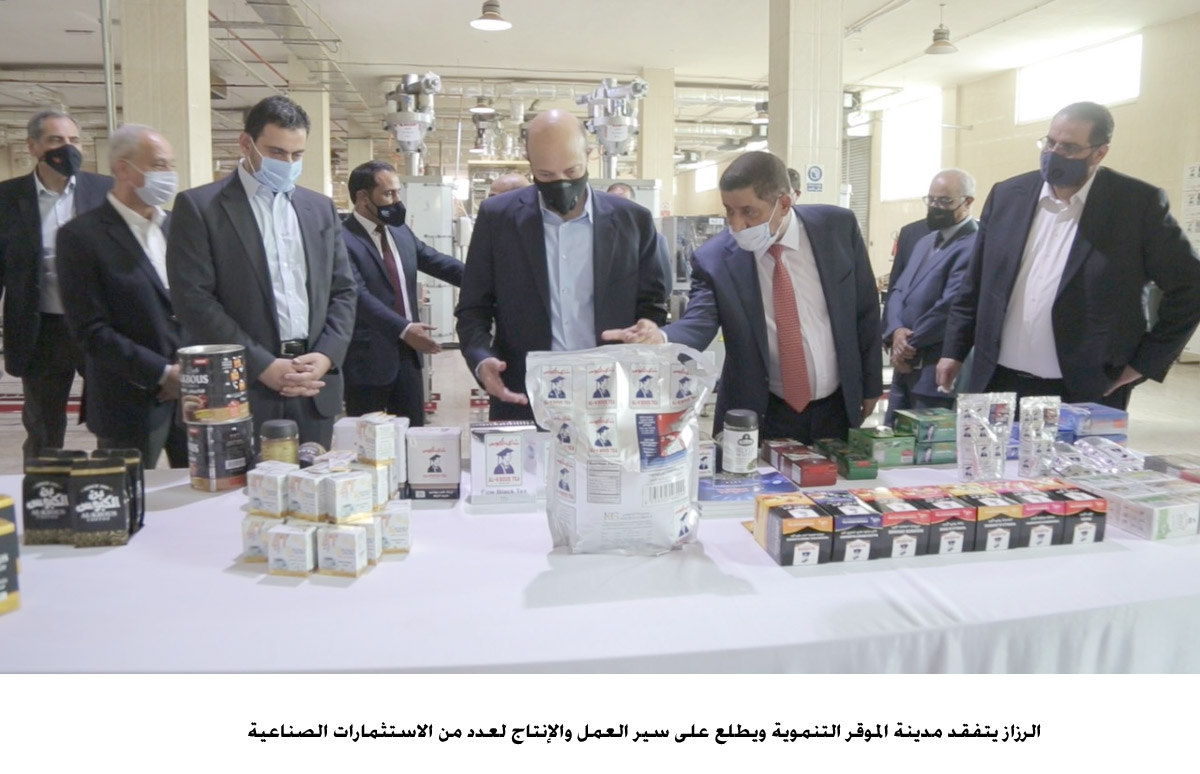 Prime Minister Omar Razzaz on Wednesday stressed his government's support to current and prospective investments and said it is working to lure in fresh capital to propel economic growth and create job opportunities.

During a tour of the northeastern Mafraq Development Zone, the prime minister revealed that the Jordan Investment Commission has received 139 new investment applications since the start of the COVID-19 crisis.

The prime minister visited Rotografia Jordan, a packaging and converting films manufacturer which sends about 70 percent of its output overseas and employs around 200 Jordanians.

Also, Razzaz stopped by Al-Kbous Industrial Trading & Investment Company, a JOD55-million Yemeni investment for the production of tea and coffee with an export base of 23 countries. The company employs 150 Jordanians and 20 Yemenis.

At his stop at Quality Carton Packaging Company, which is considered among the largest in the Middle East, the premier said: "The Jordanian cardboard, packaging and food industries now reach many countries in the world, so does tea, which we do not grow but we produce and export to the world."

The company, a JOD30-million Jordanian investment, produces 5 million cartons per month, of which 60 percent goes to the local market and 40 percent is exported, mainly to the U.S. It employs 175 workers, 50 of percent of whom are Jordanians.