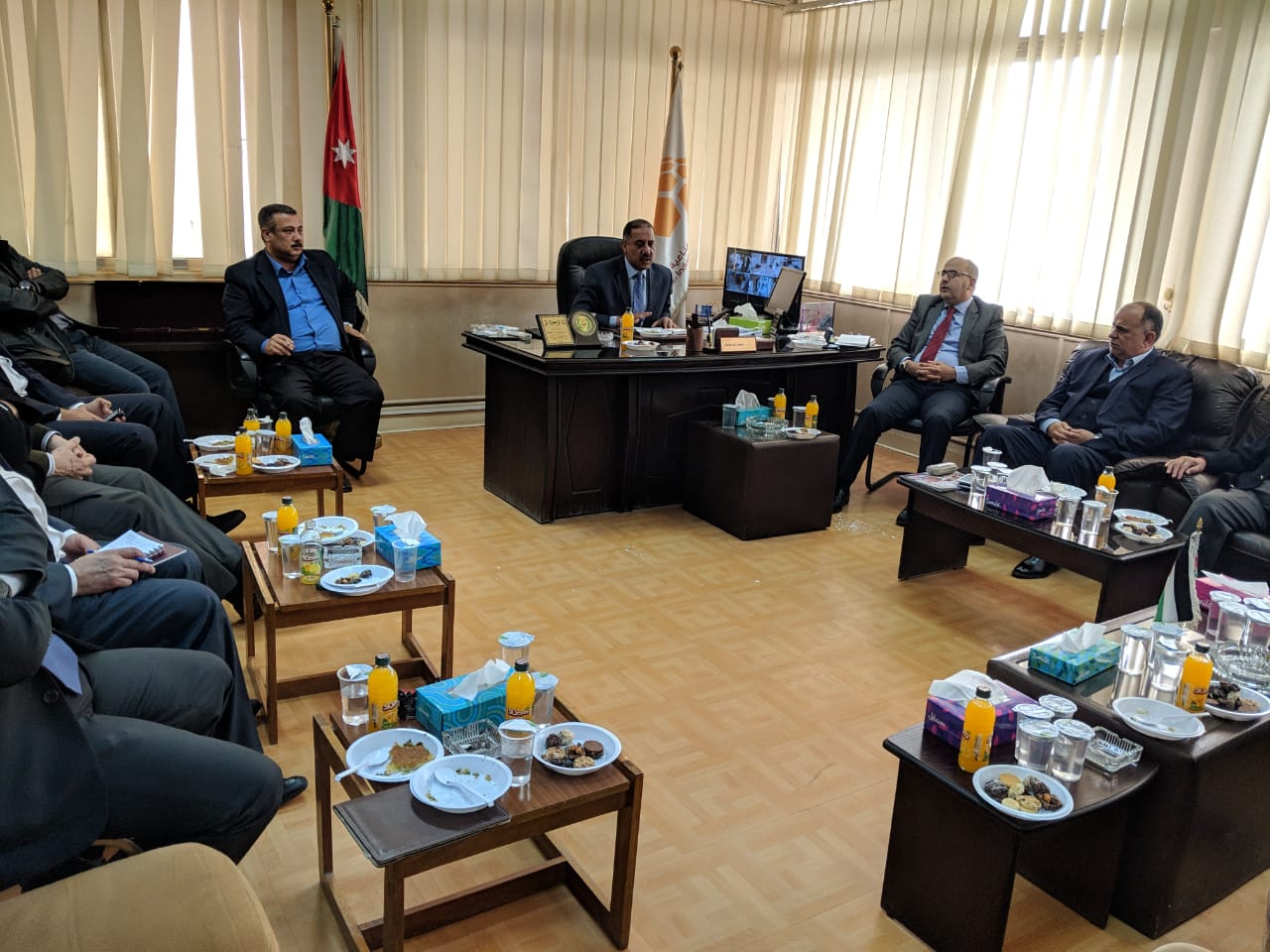 Also, Jwaid added during a meeting with a number of investors from Abdullah II industrial Estate that (JIEC) has made along action plan which considered as a top priority to upgrade and develop the infrastructure of the industrial estate represented in developing the waste water refinery and supply it with a modern devices to prevent smells spread in the air, also asphalt paving the internal road network inside the estate and lighting them by using solar cells, side by side simplifying the procedures with Jordan Investment Commission and other related corporation.

Jwaid called to give the environmental dimension a priority by following the correct steps to stop the emissions resulted from the industrial wastes so as all the factories inside the industrial estate be friendly to environment.

Also Jwaid added that Abdullah II Industrial Estate is fully occupied, and to respond for the raising demand to invest in, (JIEC) built industrial buildings with space of (20000)m2 among the company’s policy to expand in its operational industrial estates which witness a high investment demeans.

From their side, the investors confirmed the necessity of the continuous partnership with (JIEC) to guarantee the continuousity of investment and its growth, praising the efforts of (JIEC) for the continuous contact with beside easing their manufacturing activities and the simplify the procedures which deals with the industrial estate situation which considered the oldest operational industrial estate in the kingdom.