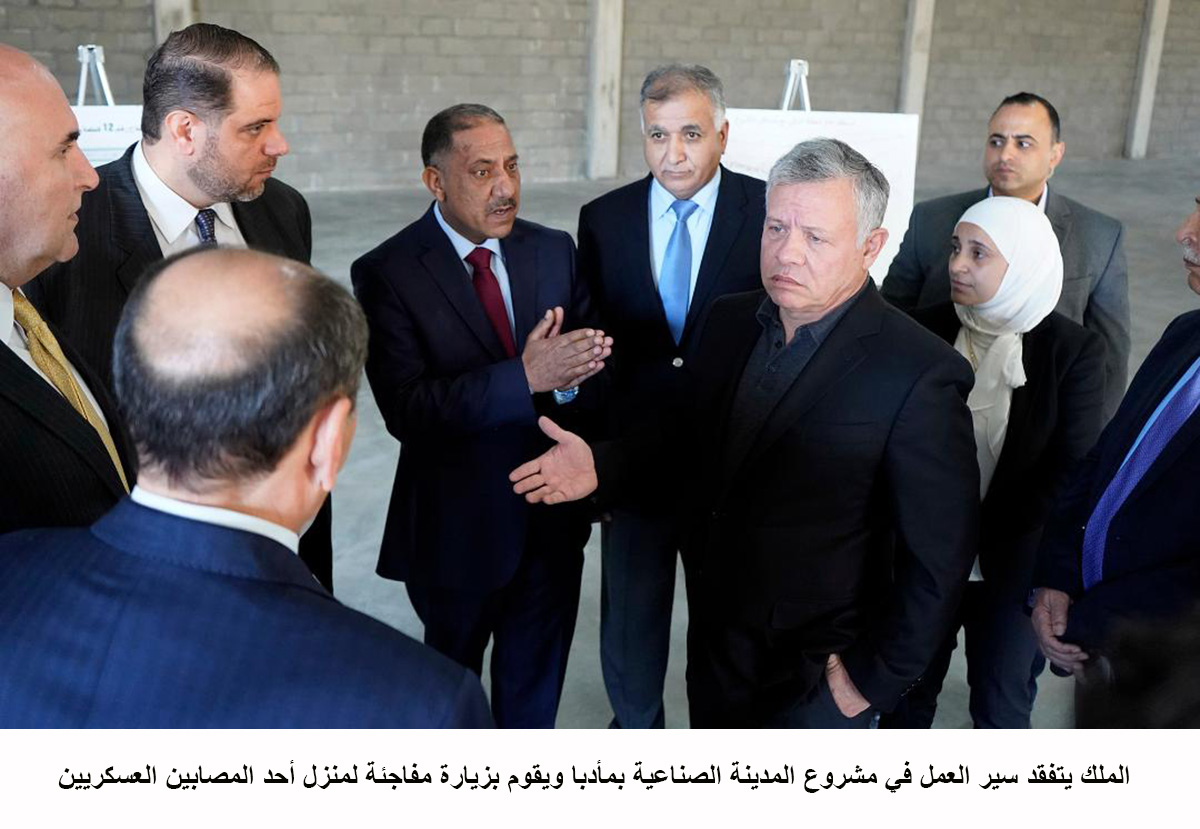 His Majesty King Abdullah checked on progress of the Madaba Industrial Estate project, which 75 per cent has been completed and which is expected to provide 2,500 job opportunities in its first stage, King Abdullah directed the government to expedite infrastructure work, a Royal Court statement said.

His Majesty also directed the government to promote investment opportunities in the governorates, especially industrial estates, to provide jobs for youth.

During a tour of the project, the King was briefed by Public Works Minister Falah Omoush, who noted that the ministry is following up on infrastructure work to ensure the completion of the JD22-million industrial estate over an area of 500 dunums, over two phases, according to the statement.

His Majesty laid the cornerstone for the project in 2016.

The King also listened to a briefing by Omar Jwaid, CEO of the Jordan Industrial Estates Company (JIEC), who said the company has so far received 29 applications to invest in the Madaba Industrial Estate.

Royal Hashemite Court Chief Yousef Issawi, Adviser to His Majesty and Director of the Office of His Majesty Manar Dabbas, Minister of State for Investment Affairs Muhannad Shehadeh and JIEC Chairman Loay Sehwail accompanied the King on the visit.