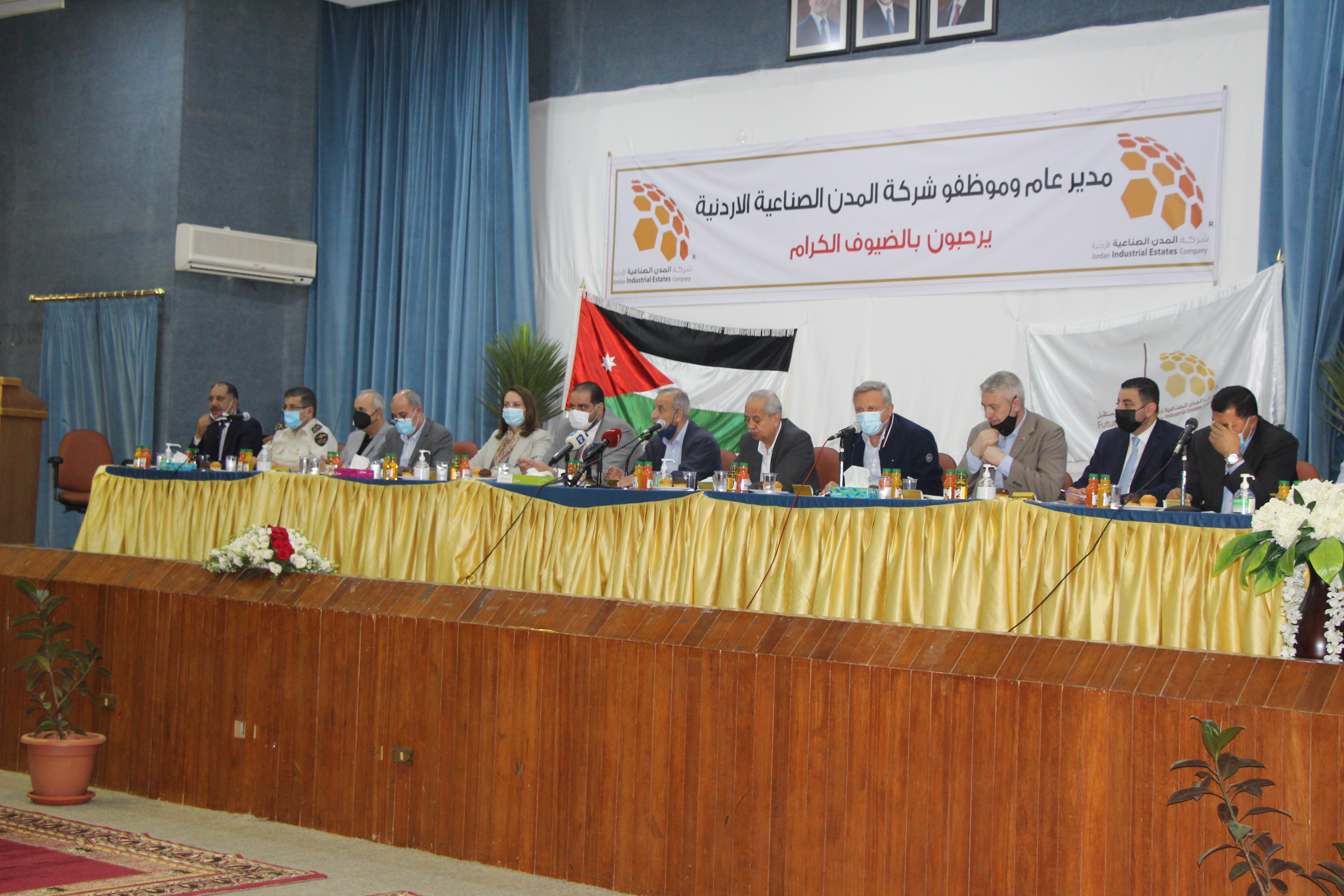 The ministerial committee for following up on the performance of the free and development zones on Saturday checked on Al Hassan Industrial Estate (HIE) and Irbid Development Zone (IDZ).

Deputy Prime Minister and Minister of Local Administration Tawfiq Kreishan during his meeting with a number of investors at the HIE and the IDZ, said that the visit is meant to keep an eye on the situation at the two places and the services provided for stakeholders.

Notes from investors’ will be shared with Prime Minister and Minister of Defence Bisher Al Khasawneh so that the appropriate decisions can be taken by the Cabinet, Kreishan said.

Most noted challenges are associated with bureaucracy and need for stability in laws and regulations, notably those concerning customs, taxes, environment, labour and industry-related issues, Kreishan added, according to the Jordan News Agency, Petra.

Regarding investors’ demands for allowing the recruitment of foreign workers, Kreishan said that this issue is related to the epidemiological and health situations in their home countries.

Minister of Industry, Trade and Supply Maha Al Ali said that the ministry, in cooperation with the Jordan Chamber of Industry, Jordan Commission of Investment and the Industrial Estates Company, is moving towards easing licensing-related procedures for businesses within the HIE and the IDZ.

Government tenders will give preference to local products, Ali said in response to complaints from local investors about unfair competition by imports.

Environment Minister Nabil Masarweh emphasised the reduction of the period required to conduct the environmental impact study by the authorities to be 10 days instead of 15.

Minister of Labour Yousef Shamali stressed that priority is given to Jordanians for administrative posts, pointing out that once granted Jordanian citizenship, investors are treated like Jordanians with regard to exit and entry requirements.

President of the Jordan and Amman Chambers of Industry Fathi Al Jaghbir emphasised the importance of instilling the principle of reciprocity with regard to exports and imports, as Jordan faces difficulties in exporting to a number of countries.

Jordan Industrial Estates Company (JIEC) Director General Omar Juwaid said that the HIE, which was established in 1991, is home for 132 industrial investments at a total volume surpassing JD427 million. Juwaid added that the HIE provides more than 29,000 jobs, in addition to indirectly employing thousands of Jordanians in support and logistical services.

CEO of the Guarantee Company for Development of Development Zones Loay Sarayreh indicated that IDZ is home for many technical and technological investments at a volume of JD44 million, adding that the IDZ provides 1,445 jobs for Jordanians. Sarayreh noted that 15,000 job opportunities will be made available after the completion of the comprehensive expansion plan, according to Petra.