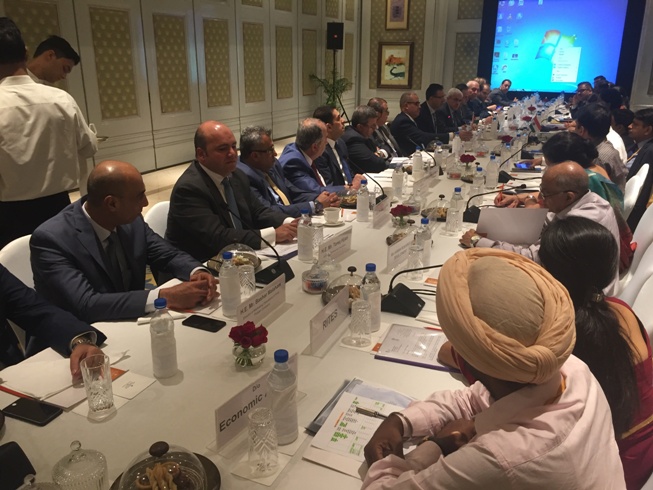 Jordan Industrial Estates Company (JIEC) ended its participation in the meetings of the Jordanian-Indian Ministerial Committee which was held in the Indian capital city New Delhi, which debated the latest developments to enhance the trade exchange between both countries and investment cooperation.

(JIEC) confirmed during the Commission meetings which was chaired by the Jordanian Minister of Industry, Trade and Supply, Eng. Yarob Al-Qudah, while the Secretary General of the Ministry of Industry and Trade Yousef Al-Shamali chaired the meetings of the Technical Committee, on the possibility of cooperation to promote the business environment and presenting the available business opportunities to interested businessmen from both countries, and exchange visits and expertise in the development, management and marketing of industrial estates / development zones.

The committee discussed a number of economic and trade issues such as customs, metrology and standards, investment, transportation, health, industrial estates, development zones and other fields. Also an agreement was signed at the end of the committee's meeting in order to frame the economic and trade cooperation between both countries.