A company in Madaba Industrial Estate is developing a UV sterilization unit. 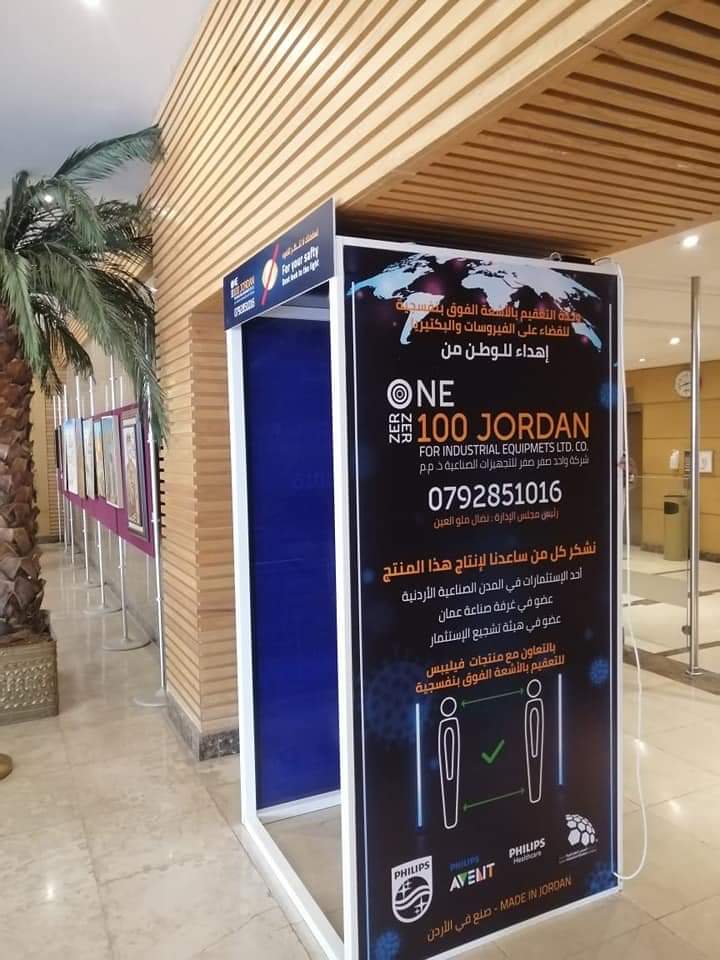 At a time when medical and food companies operating in the Jordanian industrial estates  contributed to enhancing the Kingdom's stock of medicines and food products, a company investing in the industrial estate of Madaba created a unit for radiation sterilization, according to the UV to confront the effect of the Corona virus and as an alternative to sterilization in a more effective way than traditional methods, and that Based on its national duty to stop the spread of the pandemic or the spread of infection in Jordanian society and to use it sterilization operations in hospitals, laboratories, malls, commercial stores, and others.

The Director General of the Jordanian Industrial Estates Company, Omar Juwa’id, praised the efforts of the company (One Zero Zero Industrial Supplies Company) which is one of the new companies that will start its scope of work in Madaba Industrial Estate  and will provide more job opportunities for the province in addition to the new investments that signed their investment contracts in the estate Stressing his pride in the Jordanian industry and its quality, which proved its existence during this crisis and stood by the country in the most severe conditions, and was at the goodness of His Majesty the leader, as many of them went to increase their production to meet the Kingdom's demand of food and medical.