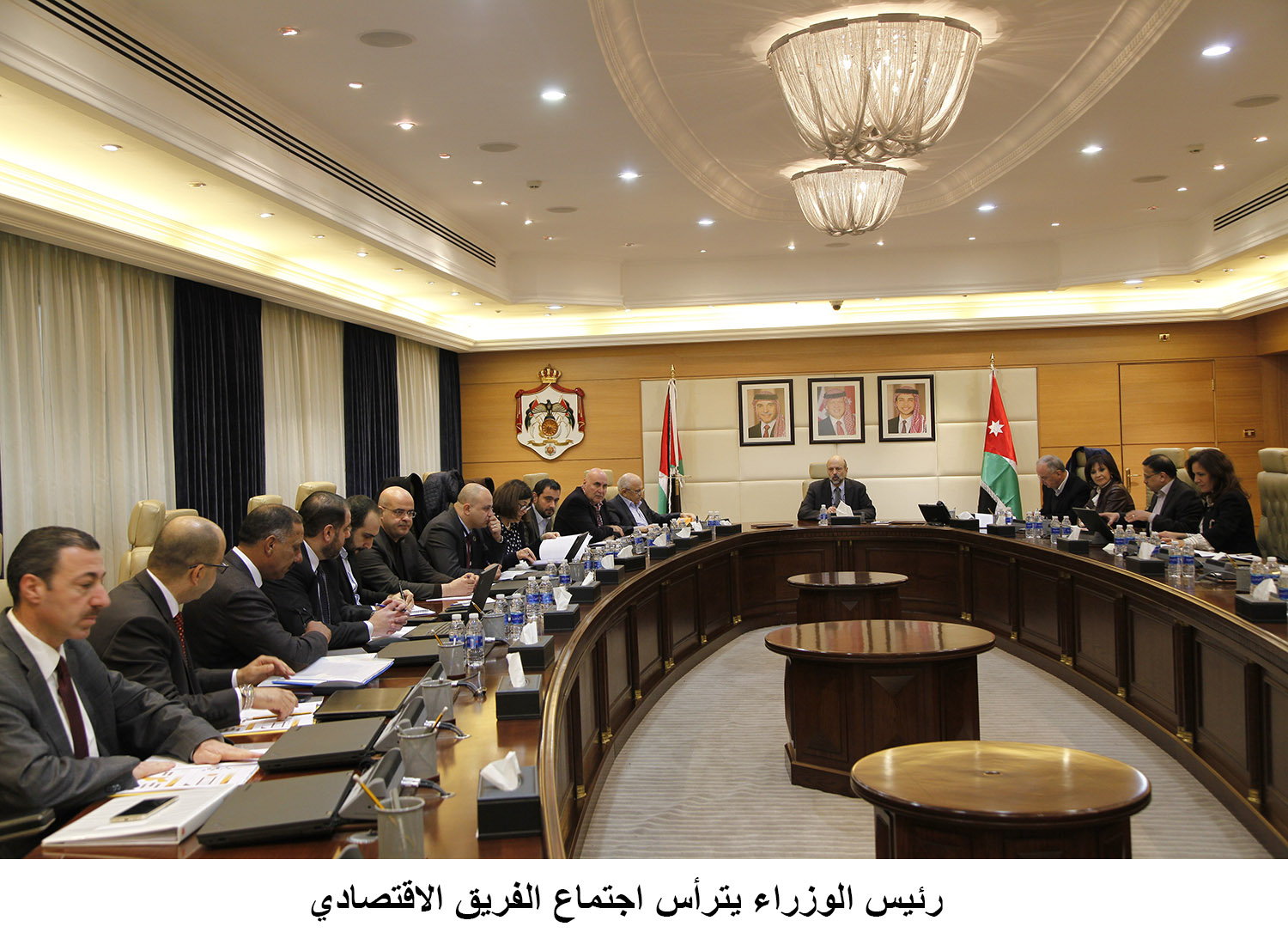 Prime Minister Omar Razzaz on Saturday chaired a meeting of the economic team to discuss the government's priorities in the coming period, which focus on employment and attracting investments.

Industrial Cities Company Board Chairman Loay Sehwail briefed the cabinet on the achievements of the company, which is the legal successor of the Industrial Estates Corporation.

He reviewed the economic indicators of the six existing industrial cities, which provide about 52,000 jobs, 60 percent of them are Jordanians, with total investments of about JD2.38 billion and an exports volume of about JD1.5 billion, amounting to 29 percent of national exports.

The Prime Minister asked the ministers of Finance, Industry, Trade and Supply, Public Works and Housing and Investment to study the feasibility of setting up these cities and their ability to fulfill the desired goals in the development process, attracting capital and generating job opportunities for the youth in the governorates, which are the government's top priority.