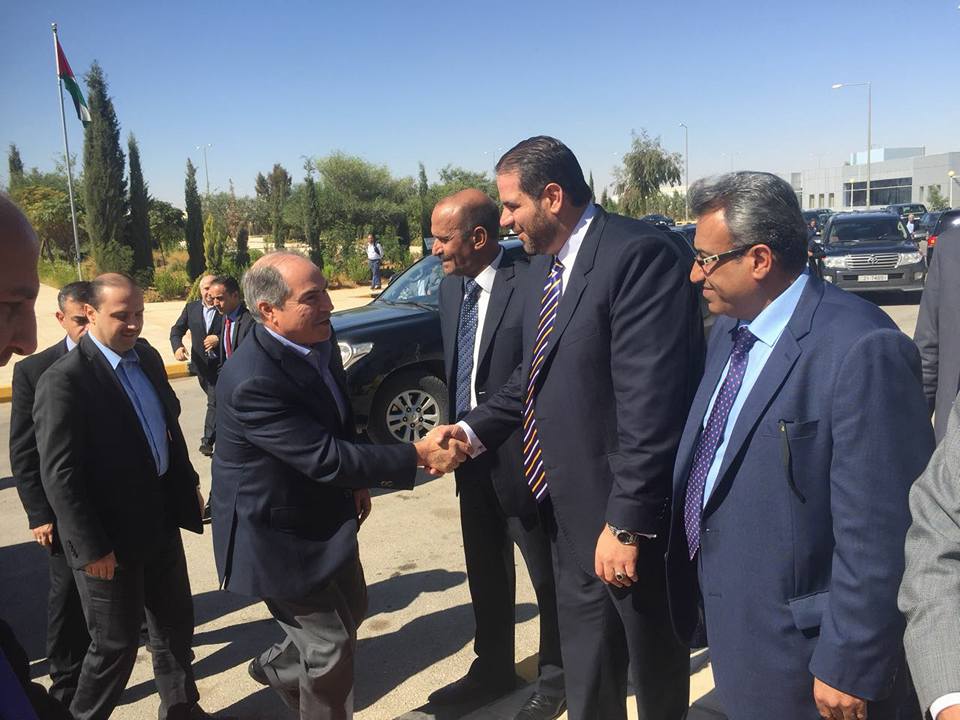 Prime Minister Hani Mulki, accompanied by a ministerial team, visited Al-Muwaqqar Industrial Estate and met its investors and stressed the government’s pride in the progress made by the industry sector and its reliance on modern technology.

Mulki said that the government will resolve the challenges facing the Kingdom and work with all the “seriousness and sincerity” to build “the Jordan we want”.

He pointed out that the “right time for reform” was during the period between 2000 and 2009 when the economy was growing at a rate of 6.5 per cent, adding that after 2010, regional and local conditions hindered the process, necessitating the need for economic reforms.

He pointed out that there are 90 industrial companies in the industrial Estate of Al- Muwaqar with an invested capital of 500 million dinars, which offered more than 3,000 jobs for Jordanians and that the industrial estates throughout the Kingdom offered about 50,000 jobs.

At the end of the visit, the PM and his companions visited Pine Tree Company the manufacturer of (NIKE) brand , which is considered as one of the largest companies in the estate. Furthermore a field tour was held by the Prime Minister and the Ministerial Team.