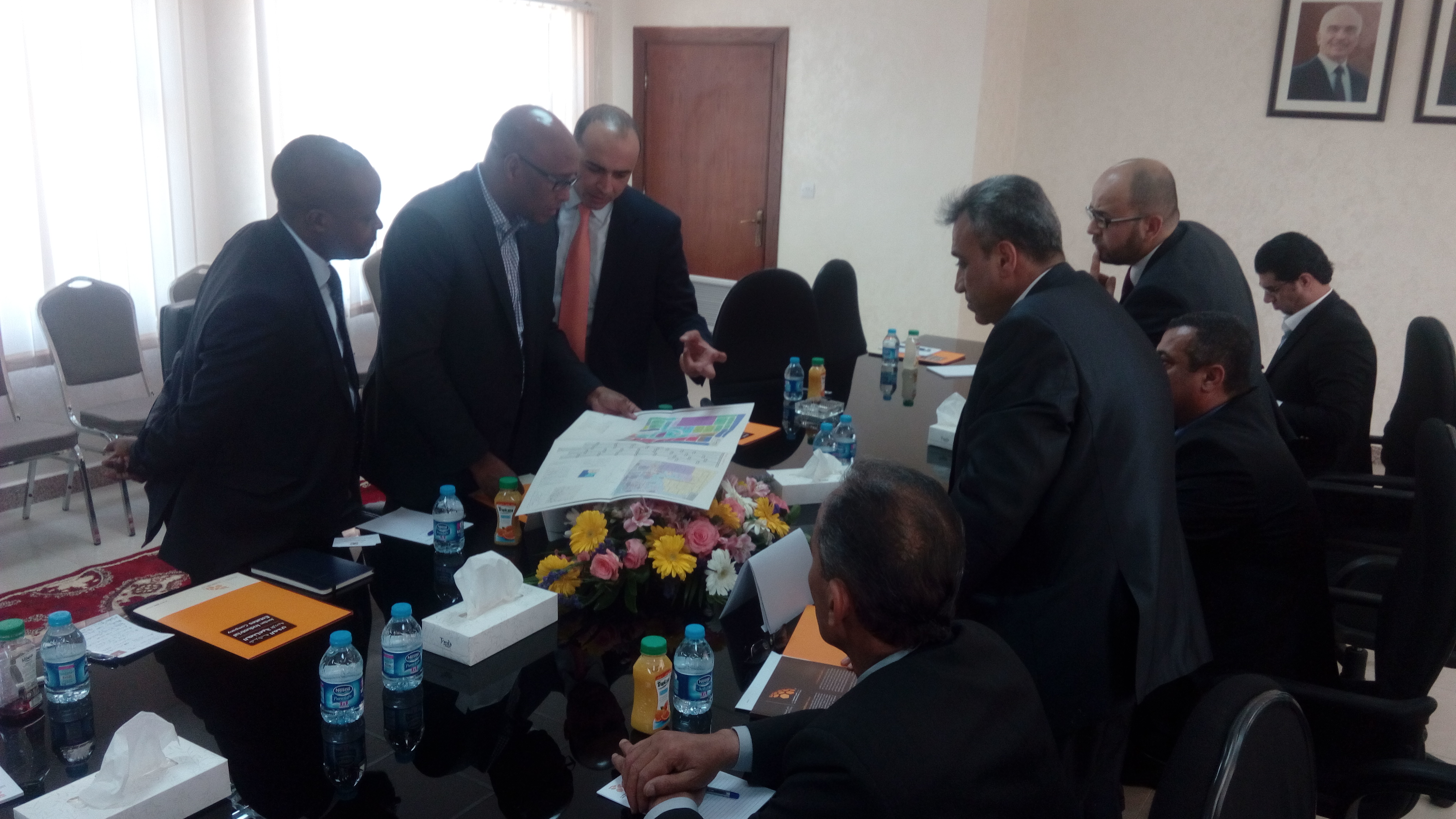 The Minister of Industry and Trade of Kenya his Excellency Mr. Adan Mohammad, along with the delegation accompanying him, were briefed about the industrial investment environment in Al Muawqqar Industrial Estate which is owned by Jordan Industrial Estates Company (JIEC) and hosts more than 70 industrial projects.

During that visit, his Excellency assured in building a strong and solid partnership with Jordan in most activities that involves economic and industrial activities. And he praised the Jordanian efforts in  promoting Jordan as a suitable environment for Investment.

On the other hand, the CEO OF JIEC, Dr. Al-Debei said that the visit of the Kenyan delegation to Al Muwaqqar Estate came in line to establish a stronger joint business relations to exchange economic information and explore investments opportunities that interest the business communities in both countries. Also, he assured that the company will facilitate  the flow of the Jordanian goods to the Kenyan market in accordance to an economic and trade agreement  was recently signed in Nairobi, Kenya.

In Addition, Dr. Al Debei  pointed out that Al Muwaqqar Industrial Estate hosts more than 70 industrial investments in various industrial sectors, with a total investment volume of 450 million JOD, while exports reached to 22 million JOD and provided about 2,700 jobs, until the end of 2016.

Moreover, the Kenyan delegation who visited Al-Muwaqar Industrial Estate was given a presentation about JIEC which owns six operational industrial estates in Sahab, Al-Muwqarr, Irbid, Karak, Mafraq and Aqaba, as well as its future projects, which is in its early stages and are expected to be completed by the end of this year. Namely , in Jerash, Al-Salt, Madaba and Tafilah.

At the end, The Minister toured the estate and viewed the investment environment with its modern design according to the latest international standards. And viewed all the sectors included inside the estate, in addition to the integrated service packages of housing for workers, modern roads and service buildings as well as the advanced infrastructure for industrial service. He also was informed about the one stop shop office which provides all necessary services for investors; after that, he visited the Chamber of Industry, which was recently inaugurated in the estate to facilitate and to complete different  transactions and procedures, he also visited Al Aqqad company for manufacturing carpets and rugs which is considered one of the largest industrial projects in the estate, then he was briefed about the nature of the manufacturing process inside the factory.