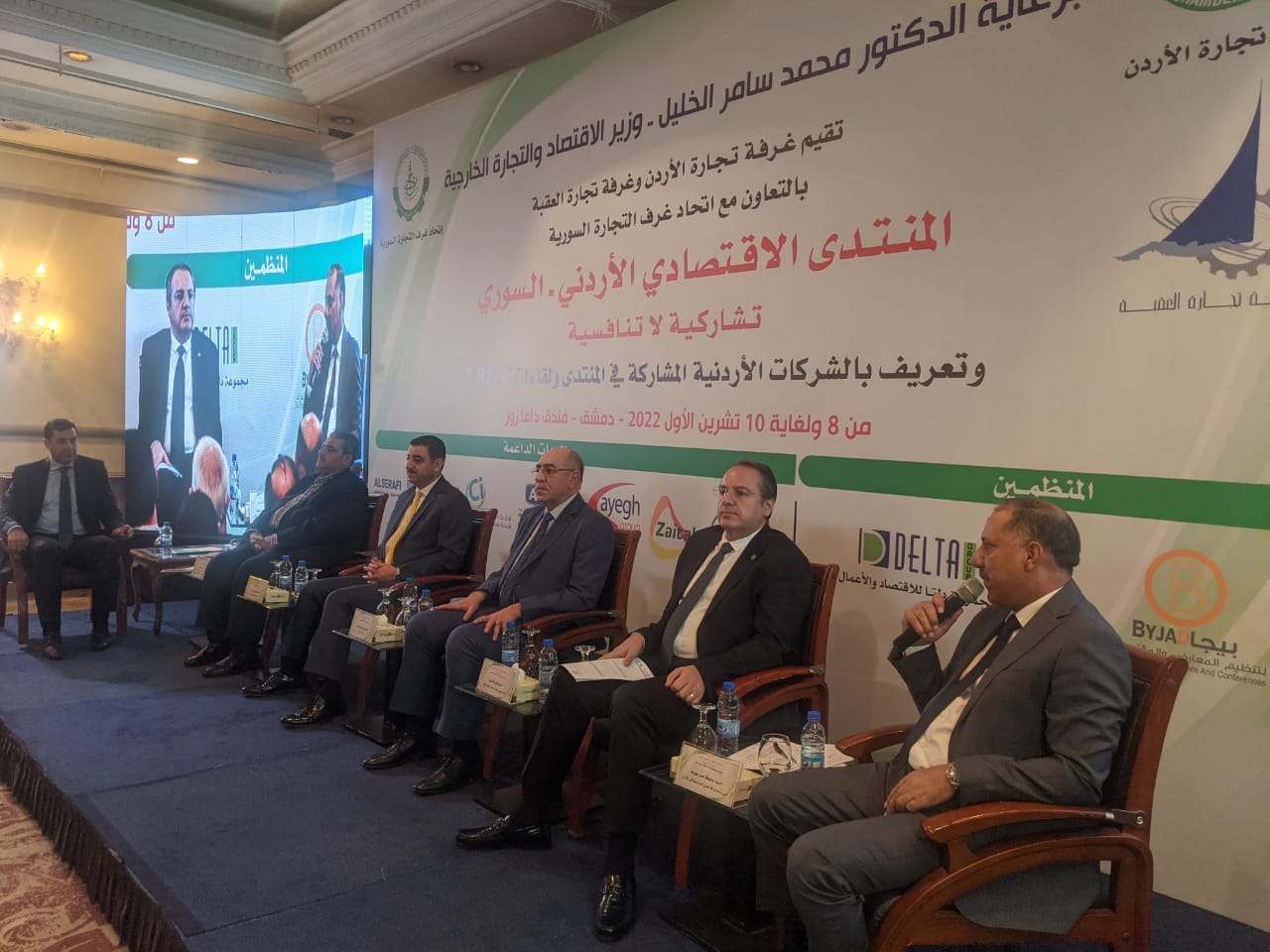 During his participation in the work of the Jordanian Syrian Economic Forum which took place in Syria, Damascus.

Adding that the Industrial Estates Company offers many incentives to investors, along with trade agreements linking Jordan with many Countries that qualify the entry of industrial products to various global markets.

He called on Syrian companies to take advantage of the benefits enjoyed by Jordan and Jordan industrial Estates which will qualify the Syrian product's entry into many international markets.

The company finally completed the initial phases of new industrial estates in Salt, Madaba and Tafila, while the expansion phases in the industrial Estates of Al-Muwaqar and Al - Hassan almost accomplished.

Mr Goeid Indicate that the Kingdom of Jordan was at the threshold of an important economic phase in which the future would be foreseen in conjunction with the launch of Jordan's economic vision and the near launch of the new Investment Environment Regulation Law.